We’ve been looking at art all over the world this month, and today, I’m staying home in the United States of America. As with all places I have covered so far, it is hard to pick just one. This was the first artwork to pop in my head when I thought of the US thought, and I think it’s one of those images that sticks with you. 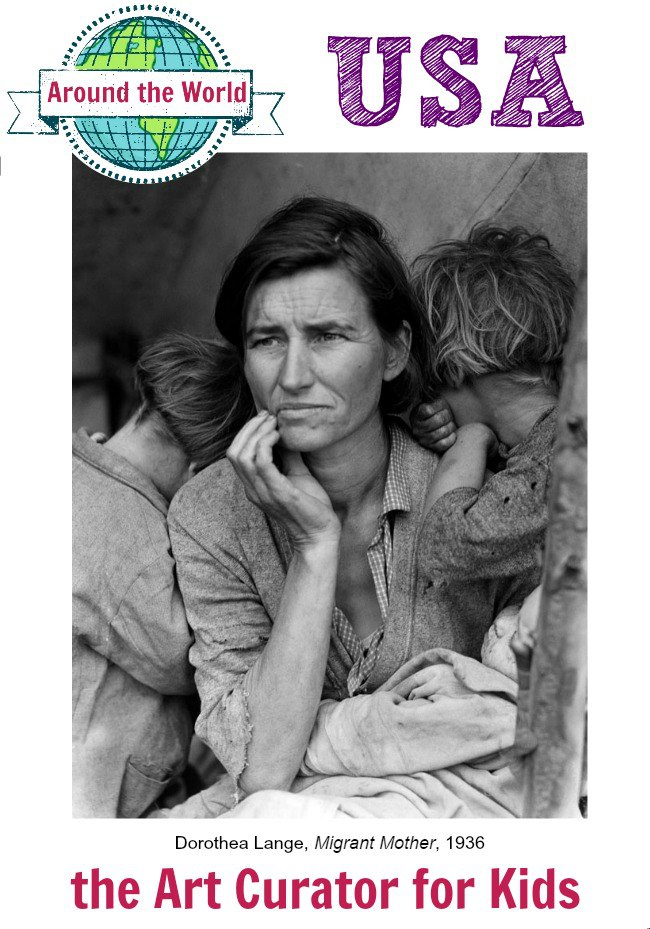 In the 1930s, a Great Depression engulfed the country. Many people lost their savings, their jobs, and their homes. Business, farms, banks, and factories failed. (Side Note: I originally wrote about the Stock Market crash of 1929 leading to the Great Depression, but it turns out it is much more complicated than that so I took it out. Watch this excellent Crash Course video to find out more.)

You would think that this period of devastation would lead to less art being produced, because people had to focus on things like survival, but the Franklin D. Roosevelt and Congress, in an effort to stimulate the economy and create jobs, created the New Deal. In the New Deal, there were many job programs to both help people support themselves and to help the country’s infrastructure.

Artists, sculptors, and photographers were hired to create art in public places, build buildings and bridges, and document the plight of the American people. Around 1,300 murals and 300 sculptures were commissioned in public spaces like courthouses, post offices, schools, federal buildings, and more.

“The New Deal arts projects provided work for jobless artists, but they also had a larger mission: to promote American art and culture and to give more Americans access to what President Franklin Roosevelt described as “an abundant life.” The projects saved thousands of artists from poverty and despair and enabled Americans all across the country to see an original painting for the first time, attend their first professional live theater, or take their first music or drawing class.” (Source: The National Archive: A New Deal for the Arts)

One program specifically was enacted by the Farm Security Administration. The FSA hired photographers to chronicle the lives of out-of-work farmers and migrant workers, and that was the assignment that led to our feature image today by Dorothea Lange. (It took me a minute to get there, but I got there! 🙂 )

Photographer Dorothea Lange worked for this program from 1935 to 1939. She took pictures and distributed them free to newspapers across the country. Her work “brought the plight of the poor and forgotten – particularly sharecroppers, displaced farm families, and migrant workers – to public attention” (Source: Wikipedia).

Lange’s most famous image is Migrant Mother. This is what she had to say about taking this photograph:

I saw and approached the hungry and desperate mother, as if drawn by a magnet. I do not remember how I explained my presence or my camera to her, but I do remember she asked me no questions. I made five exposures, working closer and closer from the same direction. I did not ask her name or her history. She told me her age, that she was thirty-two. She said that they had been living on frozen vegetables from the surrounding fields, and birds that the children killed. She had just sold the tires from her car to buy food. There she sat in that lean-to tent with her children huddled around her, and seemed to know that my pictures might help her, and so she helped me. There was a sort of equality about it.

Additionally, try having students document the people in their lives with a camera. How can you tell the story of a person through picture only? What do pictures leave out?

That’s it! Thanks for reading. I’d love to hear your thoughts about the artwork in the comments. Click here to find more art from around the world! 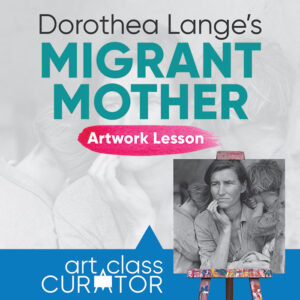 This is a complete lesson with discussion questions, talking points, activities, and project ideas for Dorothea Lange’s Migrant Mother. 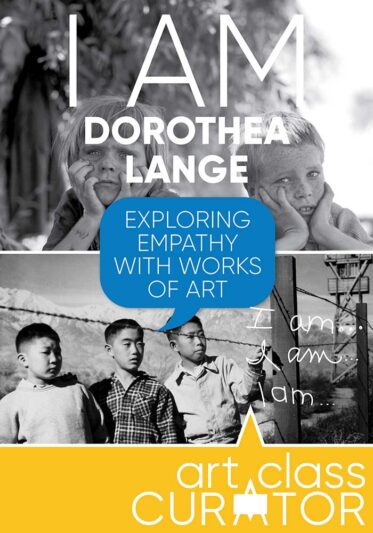 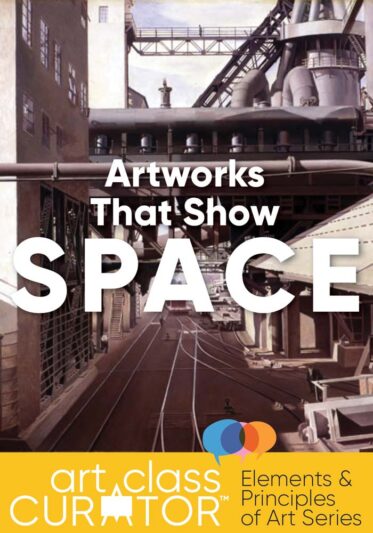 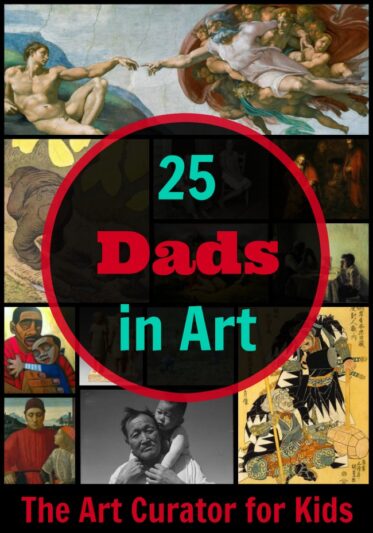 25 Views of Fathers in Art