Hi everybody! Welcome to your next unit. This unit is on Australia. I have to admit that this topic has kind of got me a little scared, mainly because it’s a topic I’ve never truly understood. I’m going to admit, when I was teaching college, I would assign cultures to my students to do presentations on, and I always included Australian Aboriginals secretly hoping that they would teach me something, a little bit about it, because for some reason I just couldn’t seem to grasp the concept.

I know that I need to include it. I know that they have such a long-standing tradition of art. I can’t ignore it for this course, especially because one of my greatest supporters of Art Class Curator is taking this course and she has been on me a few times to include more Australian artists on my website. This is for her, and this is for me. Maybe I can get past this fear. Just to be honest with you.

Basically, the Australian Aboriginal people are the indigenous people of Australia. They have been around in Australia for 50,000 years or longer. It wasn’t until, I believe the 1800’s, that Europeans started to colonize Australia, making significant changes to that country. This very long-standing tradition of art and culture has lasted throughout time, even till today. When you think about it, that’s incredibly exciting to think, that something that started so long ago is still being practiced today. These stories are still being told, these languages are still being passed on, and that’s really cool.

Let me share with you what I did figure out today about Australian Aboriginal people. Then, I’m going to show you a video that I found that I really liked. I hope that it is accurate enough to understand. Another problem I found is the lack of information on the internet about this topic. I was looking on Amazon for some books, and there wasn’t a great deal of books even. It’s kind of strange. It’s kind of a strange void.

I think partially it’s because of the colonization by the Europeans. They sort of attempted to wash away the cultures of the Aboriginal people, and tried to integrate them into their society, and are starting to realize that is a mistake, and that we don’t want these cultures to die out. They are trying to preserve them and are working on protecting them now. It was really interesting to read about.

When the Europeans did arrive, there were about 600 clan groups all across Australia of Aboriginal people. Each of those groups has their own stories, their own language, their own culture. You can imagine the plethora of knowledge about their ancestors and about their history that they have in them. That’s really pretty amazing when you think about it.

I think one of the most important elements of their art and their culture is the emphasis on the land.

The Aboriginal Australian religion is called Dreamtime or Dreaming. That is the part that I’ve never really, truly understood, but I think I’ve got a good grasp of it now. This religion of Dreamtime is really focused on the creation of the world and that creation story continues on into the lives of the people today.

Each major landmark throughout Australia had some sort of story that some sort of spiritual being created. For this mountain on the screen it was a serpent. That serpent dreamed that structure into existence and then it became that rock. Not only did the serpent dream this up, but it is still there today in the form of this rock. The island of Australia was a turtle Spirit that dreamed up the land and the water around it. There were other turtles and those turtles became New Zealand and the Pacific Islands.

The Gods, I don’t think they call them Gods. They call them Spirits. They were there at the beginning and they were dreamed up by the Great Spirit. Then all of the rest were dreamed up. Then, eventually, the Spirits dreamed up the humans. Then, those Spirits turned into the trees, and the rocks, and the ground, and the water, and the islands, and all the different landmarks around Australia.

Now, the oldest art form, as I already mentioned in the lesson before you watch the video, is rock art — rock painting and rock engraving. They have other forms of art like bark painting, dot painting, and things like that, bodypainting, but those arrived a little bit later. Since we’re focused on ancient art, we’re pretty much only going to look at the rock art today, knowing that there’s a great tradition of other types of art, but since we’re focused on ancient art we’re going to stick with the older stuff.

I’m just going to show you some examples of some of the rock art. It was really hard to find pictures. Even if I found a picture, it was hard to get a date on it. It was hard to get information about it, because a lot of these rock paintings were painted over. If one was fading, they might have touched it up, stuff like that. It was hard to get good images and good information from the internet. It’s not mentioned in any of the books that I have either. So, we’ll look at some examples. I’ll also put some more pictures as a slideshow underneath this, in addition to that Dreamtime video that I mentioned before that I thought was really beautifully done.

It’s killing me that I can’t give you more information about these images, but one thing I want you to notice is how you can see the skeletons underneath. Some of the groups had this x-ray style where you could see through the Spirit. You could see the bones underneath.

The one on the left is a turtle. That turtle is sharing the story of how Australia became an island. The stories, I don’t think, stop at land. They also tell tales of how animals got certain parts or how animals became who they are. You can find children’s books. I did a search on Amazon for Dreamtime stories. You can find stories about why the frog croaks and why a kangaroo has a pouch. You know that the stories surrounded the creation of those animals. It’s pretty cool.

I’ll put some images down below of more Aboriginal rock art. I think I’d like you to pick one and sketch it, just to get a feel for the style of the artist. Alternately, you can pick your own animal and try to draw it in an Aboriginal style, so maybe add that x-ray feeling to it, add some pattern work to it, and other things like that. That might be fun and creative. You also could take this even further and create your own story on why the cat meows, or where the whale got its blowhole, or something like that.

I’ll leave up to you to decide what to do, how far you want to take that. I hope you have a better understanding of their life and culture. I know it’s not a lot of information, but at least it gives you a little taste of what they have to offer. Hopefully, in a future course when we get later time periods, we can study some more contemporary Aboriginal artists and see what they’re doing today.

Have fun with the next activity! I will see you next time. 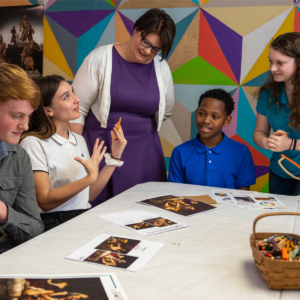 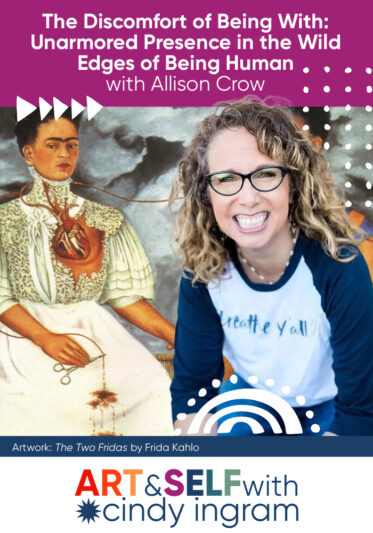